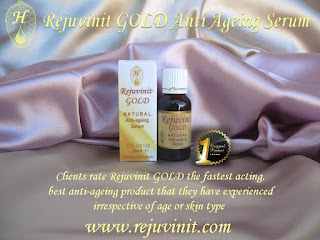 We trust that we would be better able to serve our international clients through www.rejuvinit.com
Posted by Ronald Gibson at 23:53 No comments: 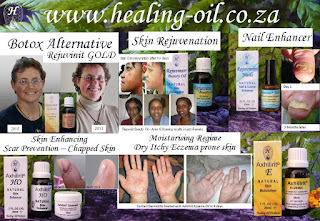 Available to the public since 2009

Tonsillectomies, and the role your tonsils have in your immune system. 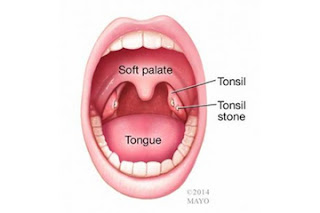 Tonsillectomies, and the role your tonsils have in your immune system.

Are your child’s tonsils inflamed, again? Many parents might find this a nuisance and have them promptly removed. So much so that it was seen as a rite of passage in the past, as some still do. Today it is seen by many medical professionals to be a procedure only done under the most pressing of circumstances, only doing tonsillectomy on severe cases and considering other issues like dysphagia and sleep apnoea, and recommending medical management and watchful waiting in less severe cases.
During the period from 1915 to 1960, this was the most frequently performed surgical procedure in the USA and in many other parts of the world, despite the ambiguity of the effectiveness of this procedure. This practice started tapering off during the end of the 1950’s, with 1,4 million tonsillectomies done in the USA in 1959 and declining to around 500 000 at present. This decline was driven by the discovery of the pivotal role that tonsils played in the immunity of a child. Just to emphasize this fact, the incidence of infectious diseases in children that had undergone this procedure in this time showed a corresponding and marked increase, so much so that the American Journal of Public Health ran an editorial summarizing the link between tonsillectomy and polio http://www.ncbi.nlm.nih.gov/pmc/articles/PMC1620872/pdf/amjphnation00361-0092.pdf).

It was only during this time of advancement of medical research that it was realized what an important role tonsils have in the immune system of a child (https://en.wikipedia.org/wiki/Palatine_tonsil). Tonsillar B cells were found to produce all the five major Immunoglobulin (Ig, aka antibody) classes. Furthermore, they produce specific antibodies against diphtheria toxoid (whooping cough), poliovirus, Streptococcus pneumoniae, Haemophilus influenzae, Staphylococcus aureus (common cause of skin infections such as abscesses, respiratory infections such as sinusitis, and food poisoning, and the lipopolysaccharide of E. coli). These antibodies then help to prime the immune system in the rest of the body.

Further unexpected links to our health were found as research progressed.
In 2011 it was found that tonsillectomies were a risk factor in childhood obesity (http://www.ncbi.nlm.nih.gov/pubmed/21634056).
A 2011 study found that people who had had tonsillectomies before age 20 had a much higher rate of heart attacks (about 50% higher) than matched controls over the next twenty years (http://eurheartj.oxfordjournals.org/content/early/2011/05/27/eurheartj.ehr137)
Tonsillectomy increases the susceptibility to subsequent development of Hodgkin's disease by 2.7 fold in younger patients (http://www.ncbi.nlm.nih.gov/pubmed/6105477).

Out of experience, managing and preventing tonsillitis is relatively easy. To help prevent tonsil infections, start off by following basic health and hygiene precautions.
·         Avoid close contact with others that are sick
·         Instil a culture of proper hand washing in children.
·         Children should not share toothbrushes or eating utensils.
·         Wash and disinfect surfaces and toys.
·         Do not smoke around your child.
Home treatment of tonsillitis can be as follows:
Gargling with lukewarm salt water solution including two drops of Axhilirit if the child is old enough, normally eight and older.
DO NOT GIVE ASPERIN IF YOUNGER THAN 20 DUE TO THE LINKS WITH REYE SYNDROME!
Drink warm or cool nutritional liquids like soup, tea, juice or rehydration drinks.
If you would like to treat the condition without the normally prescribed antibiotics, the following have been found to be effective in treating chronic tonsillitis:
·         Tonsillit Tablets
·         Echinacea
·         Pineapple extract with bromelain
·         Hydrastis Canadensis
·         Liquorice root
·         Wild indigo
·         Sage
·         A few tablespoons of fenugreek seeds simmered for roughly 30 minutes in one litre of water and then cooled in the fridge. Use it to gargle 3 times a day.
·         Lime is one of the most popular natural remedies for tonsillitis. Mix fresh lime juice in warm water with honey and salt and sip on this combination for pain relief from swollen tonsils.
·         Boil milk and add a pinch of turmeric powder and black pepper powder. Drink this concoction before sleeping for a minimum of three nights in a row for an effective inflamed tonsils remedy. It also helps with the pain.
Please note that if this condition should persist despite home treatment, consult with your medical professional.
Before having your child’s tonsils removed, make sure that the benefits outweigh the risks, despite the possible irritation factor to a child or parent, because once they have been removed, there is no turning back.

Posted by Ronald Gibson at 04:03 No comments: